What is FRP tool for android 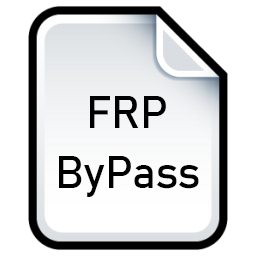 Our phones can get lost or stolen, and we can't stop them. However, we can ask for a way to protect our data or to make the phone unusable in such cases. It looks like Google has heard our prayers and offers a new way to protect our phones with FRP protection. Although FRP is a useful feature, it can sometimes be difficult for people who need to use the phone bypassing Google Account Verification. People who renew or buy in advance

Bypassing Google account verification is not an easy task for Samsung smartphones. With this tool on an Android smartphone, you can also handle it easily and reliably. The Samsung smartphone ejaculator was used. Millions of users around the world every day. It is not difficult to learn how this ejaculation tool works for Samsung phones. Video tutorials can help you decide what to do with this program to bypass Google Account verification with this program. Samsung FRP hyjacker smartphone developers provide separate user guide. You can read it or watch video tutorials to better understand what's going on. Like the FRP GSM Bypass Tool, this tool also supports the older version of SP Flash.

If you have the latest Samsung smartphone with you, this tool should be your safe bet to bypass Google Account Verification. As mentioned above, this tool is exclusively available for Samsung smartphones. For this reason, we are not trying to use or use this tool on smartphones of other brands like HTC, Xiomi, Motorola and Huawei. If you are talking about the GUI of the FRP hyjacker tool for Samsung smartphones, you will find that it is very decent in this part. The clean and elegant interface of this FRP bypasstool is something everyone really loves. All you need to run this FRP tool for Samsung is stable Wi-Fi connection. After connecting your phone to Wi-Fi, follow the steps of this program / tool. There is a possibility that you will not be able to bypass the FRP tool on the first attempt. For this reason, we recommend that you perform this process several times. So, the FRP hyjacker tool for Samsung is great and gives its users satisfying results.

This FRP tool for Android users looks pretty old because it is a command prompt bypass tool. Most users can bypass FRP on their Android device only due to the powerful algorithm associated with the work of the Teja tool. The GUI of this tool appears to be a little outdated compared to other tools, but this tool is driven by results and we really hope you can achieve success bypassing FRP Lock on your Android device. GSM FRP Bypass and Flashing tool is freely available to all users, making it a popular choice among all. There is a separate section available under this FRP bypass tool which is designed exclusively for Samsung phones. Since the FRP lock for Samsung phones has been bypassed, there are some different tools that should be used, which is why the developers of this program have separated and created two different sections, one of which is reserved exclusively for Samsung phones. Almost every type of smartphone is covered under this FRP bypass tool from Samsung, HTC to Xiomi and many more. Some flash tools are also available on the FRP bypass tool, which is really great for users.

The GSM FRP Bypass tool is one of the most popular tools for users, which performs the same task over the years.There is no doubt that the improvements to this tool are made on a regular basis because the FRP locks have become more enhanced and protected in the first place was focused on the work of this tool instead of making an interface The graphical user looks attractive. Not everyone can use this tool on their Android phones because as mentioned before, there must be high knowledge of Android phones to learn the functions performed by the GSM FRP bypass tool. Apart from all these features, GSM FRP Bypass also works well with the old version of SP Flash, which is a sponsor feature. So, install this tool on your Android smartphone today and click on the Start icon located